It is negative two degrees Fahrenheit outside right now, with a wind chill of negative thirteen. It’s warmed up a bunch since yesterday! With arctic air blowing in the new year, a chilly salad may not sound like the most appealing meal, despite your resolution for healthier eating.

Don’t despair! These candied pecans add a richly satisfying crunch of sweet and spice that will elevate your obligatory bowl of greens.

Granted, these delectable nuts probably aren’t that healthy, and you’ll most likely end up eating them straight out of a bowl as a comfort snack but, hey. All things in moderation.

These nuts are super-easy to make, and your house will smell fabulous while they’re in the oven. They may also remind you of outdoor festivals –  like my winter favorite, the National Western Stock Show – cheerful events where they sell those cinnamon almonds (but these are better).  Happy times!

* I used 8 oz for today’s batch. If you use fewer pecans, which is fine, you don’t have to change the proportions on the sugar mixture. You’ll just have a slightly heavier coating. Which, trust me, is not bad. Similarly, use the whole egg white and the full tablespoon of water.

How to Make Them:

Mix together the sugar, cinnamon, cayenne, and salt in a bowl. 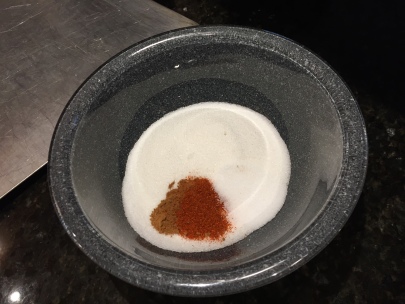 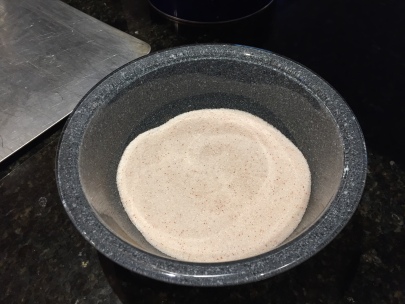 Whisk the egg white and the water together in a separate bowl until frothy. Really frothy.

Put the pecans in the egg white mixture and toss well to coat.

Remove the pecans with a slotted spoon, letting the excess egg white drip off, and put the pecans in the bowl with your spice mixture.

Mix the pecans in until they’re evenly coated in spice.

Spread the pecans in a single layer on a baking sheet. 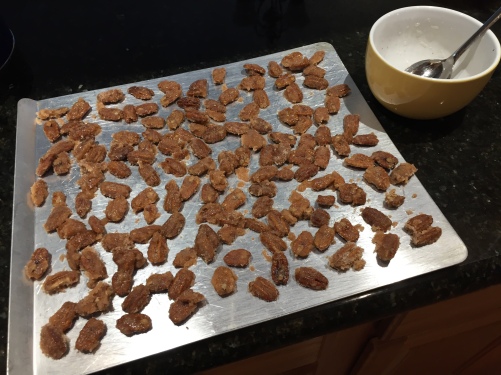 Bake at 250F for one hour, stirring every 15 minutes, until they are evenly browned. Meanwhile, accomplish small tasks in those 15 minute blocks between stirring. Taking short, unsatisfying naps? Watering the plants? Starting a load of laundry? Watching almost all of a beloved episode of Hogan’s Heroes? 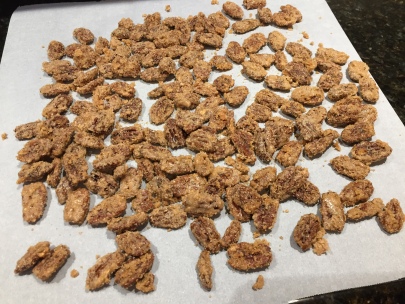 The image above left shows the pecans half-way through baking.  The photo on the right shows them at the end.

Remove them from the oven and let them cool a little bit.  I transferred them to some parchment paper to cool.

Then, snack away.  Or – save them for your salad!

I have a long history in libraries! I put myself through school working in public libraries in Boulder and Austin. I got my second Master's to become a "real" librarian and worked in public, private and most recently school libraries in Carson City, Boulder and Denver. I have a passion for books and writing, and clearly, the paranormal. I love to read, bake, bike, kickbox, watch scary movies, play video games, and play with my dogs!